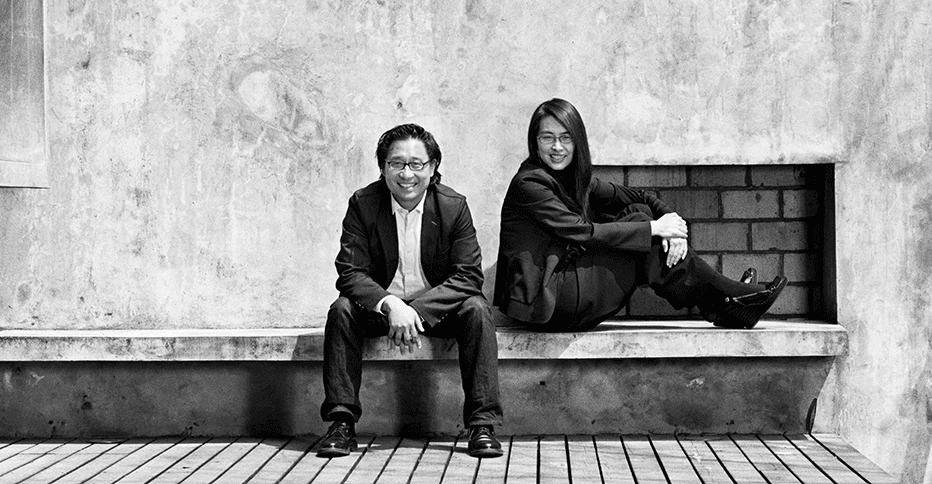 Educated in the United States at UC Berkeley and, respectively, Harvard and Princeton, Lyndon Neri and Rossana Hu have together become one of the most dynamic forces in architecture and design today. They moved to Shanghai in 2003 while working for renowned architect Michael Graves on his renovation of that city’s landmark ‘Three on the Bund’ project. The husband-and-wife team established their Shanghai contemporary design showroom Design Republic in 2006. In 2004, they co-founded their company, Neri&Hu Design and Research Office.

Neri&Hu’s studio is an inter-disciplinary international studio based in Shanghai and London. Spanning the areas of architecture, interiors, master planning and product design services, the firm is composed of a multi-cultural staff who speak over 30 different languages, working on projects in several countries across the globe. Neri&Hu is a practice that is strongly embedded in utilizing research as a design tool, as they unfold each of their projects and their unique contextual issues.

Since establishing their company, they have taken on architecture and interiors projects including the restaurants and nightclubs of the Kengo Kuma-designed Opposite House Hotel in Beijing and Shanghai’s new Waterhouse boutique hotel. Simultaneously, they have also created contemporary furniture and objects that have been sold around the world by Classicon, Fritz Hansen, Gandia Blasco, JIA, LEMA, MOOOI, Nanimarquina, Parachilna, Poltrona Frau, Porro, Stellar Works, Wallpaper* Handmade, Meritalia, BD Barcelona Design, among many others. They are also founders of Design Republic, a retail concept store based in Shanghai that offers a unique collection of products created by the world’s best design talents.

We are thrilled to be hosting Lyndon Neri and Rossana Hu as a continuing part of our Arkitektura Assembly lecture series. Please join us on Thursday, September 21 for an evening of conversation and inspiration.